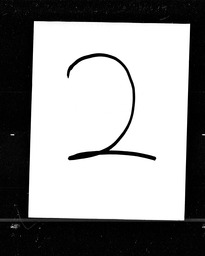 Documents concerning the twenty third YWCA of the U.S.A. National Convention including "who's who" sheets for elections, convention workbooks, and additional convention coverage. National conventions are called every three years to vote on leadership for the coming cycle, adopt program emphases, discuss social, political, spiritual and economic issues affecting communities and conduct national business. The booklet "Who's Who" is sent out prior to convention to prepare voting delegates to select members of the National Board of the YWCA of the U.S.A., World YWCA Council and National Nominating Committee of the YWCA of the U.S.A. The booklet lists candidates with brief information regarding their experience and roles. In addition to "Who's Who" delegates receive workbooks to prepare them for the convention business and discussion topics. The workbook contains a report from the National Board of the previous three years, summaries of proposed actions and program emphases and also includes selected reading and discussion guides. Additional documents include articles from the June, 1964 issue of "YWCA Magazine" with convention coverage, a summary report of the convention, Lilac Reid Barnes booklet of five convention meditations, programs for the opening ceremony and a special play, press releases and additional preparatory documents sent to associations.