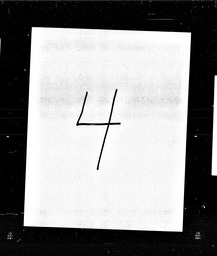 YWCA of the U.S.A. subject files related to food issues, communications from the YWCA of the U.S.A. General Secretary, and political activity with the United States Government. Documents concerning food in the YWCA of the U.S.A. include a statement concerning the free and reduced lunch program for public school students and a list of resources for local associations considering a food service function. Additional information on hunger, poverty and food security as an issue affecting women and girls can be found in the subject file for economics. The General Secretary of the YWCA of the U.S.A., as the top executive for the national organization, represents the national organization through speeches and communication as part of their duties. The correspondence and speeches found here concern addresses given at national and regional conventions. The bulk of the materials on this microdex fall under the subject file for the United States Government. The YWCA of the U.S.A. sees the government as an important part of social change and advocates for issues of social, political, spiritual and economic importance through statements of position, sending letters of support and disagreement to politicians and creating organizational policy reflecting their interests. The subject file is arranged into four parts, congress, State Department, White House and miscellaneous. Letters and position statements make up most of the content concerning congress and the White House and reflect the public affairs platform of the organization. State Department documents concern the work of the YWCA of the U.S.A. in other countries and includes a summary directory of foreign work and the YWCA of the U.S.A. contacts in each nation. Additional documents concern the CIA, Civil Service Commission, Department of Defense, Justice Department, Labor Department, selective service and Veteran's Administration.